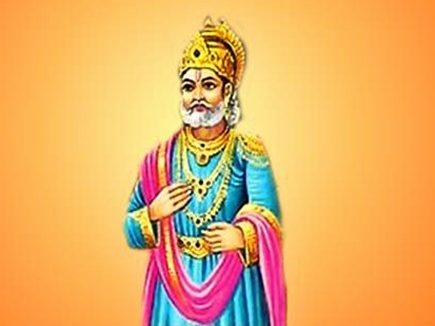 aja Janak was a king of Mithlapuri and was a good-hearted person. He always ensured justice in his kingdom and was compassionate toward the poor. He worshipped Shiva Ji’s bow that was given to him. One day, a saint came to Raja Janak and asked him a question, “Hey Raja, who is your Guru?”

Raja Janak started thinking, and after some time, replied, “Until today, I have not accepted anyone as my Guru. I only worship Shiv Ji’s bow.”

“Raja, adopt a Guru. Without a Guru, you cannot obtain liberation, and all your good deeds will go to waste. This is because you are a good soul.”

Hearing this, Raja Janak agreed and called all his ministers to discuss this matter. He then decided to call an assembly of saints, sadhus, pandits, Rishis, and great scholars. From them, he would choose a Guru.

The day came when all the saints and scholars came well-prepared. They were discussing amongst themselves who will be fit to be the king’s Guru. Raja Janak got up from his throne and addressed everyone. “O’ great saints and scholars, you must know the reason for this assembly that I am to adopt a Guru. But I have one condition. I would only accept that person as my Guru, who will give me spiritual wisdom as I mount the horse, and before I sit on the saddle of the horse. If you think you would provide me with spiritual knowledge in this short period, please step forward. If you fail to fulfill the condition, you will be punished, as you have disgraced yourself and me. Therefore, only the courageous and well-prepared saint scholar should step forward for this test.”

Upon hearing this, all the saint scholars got shocked and started looking at each other. They were thinking, who would be that great to give wisdom in such a short period to the King? Then, the whole assembly fell into pin-drop silence. No one stepped forward. Raja Janak started feeling uneasy and restless. “Is there no one who can fulfill the condition?” he thought. He felt quite upset.

Just then, a Brahmin stepped forward. His name was Ashtavakar. As he was walking, everyone looked at his body and started laughing. Even the King was embarrassed. Why? Ashtavakar was a hunchback, his legs went bent, and he only had one arm. His fingers were joint up, but his face wasn’t that bad. Finally, the king’s minister stopped him and asked, “Are you sure about this? If you fail, you will be killed!”

Ashtavakar spoke, “Oh minister, you are saying this, maybe after looking at my ugly body. Maybe, I am also poor and homeless. Maybe you are thinking that I am doing this out of greed. But look at this, all these people that you have called are lacking in spiritual wisdom. It is a shame that no one can step forward for this test. Let me ask you, is spiritual wisdom connected to the soul and mind or the body? Why aren’t these people of high caste, so well-dressed, with a saffron mark on their forehead coming forward? They are laughing at this body of mine, but they have forgotten that this body is an illusion, Maya, which God created. Those who are proud and worship this body can never attain spiritual enlightenment.”

All the other saint scholars were ashamed. Finally, Raja Janak stepped forward and, with folded hands, said, “Come O’ Great One, if you have faith in yourself, then please fulfill my condition and give me assurance.”

Raja Janak called for a horse, and just as he was about to put his foot on the stirrup, Ashtavakar spoke. “O’ King, believe me when I say that I will end up becoming your Guru, and you shall be my disciple. But before I give you any wisdom, you must provide me an offering. The offering must be either your body, mind, or wealth. Choose one to give to me, and choose wisely.”

Raja Janak started thinking, and after a while, said, “I will give you one of these, but please allow me to return to my palace. After my return, I will provide you with an offering. Ashtavakar agreed and started his meditation while waiting. Raja Janak then went to his palace and narrated the whole incident to his wife.

His wife said, “If you give your wealth, we all shall be poor and will suffer, and if you give your body, he can do anything with your body, and you will be in agony and pain. So the best is to give your mind. This will not affect you much.”

Raja Janak started thinking. He went back to the assembly and told Ashtavakar, “I will give you my mind as an offering.”

“Alright then, King, please mount your horse now. Your mind is mine now and will listen to me,” said Ashtavakar.

Bhai Gurdas Ji writes about this,

King Janak was a great saint who, amidst Maya, remained indifferent to it.

Along with celestial musicians, he went to the abode of the gods.

From there, he, hearing the cries of inhabitants of hell, went to them.

He asked the judge of righteousness, Dharamraj, to relieve all their suffering.

Hearing this, the judge of righteousness told him that he was a mere servant of the eternal Lord, and without Their orders, he could not liberate the inhabitants of hell.

Janak offered a part of his devotion and remembrance of the name of the Lord.

All the sins of hell were found not equal even to a moment of Janak’s devotion. In fact no balance can weigh the fruits of recitation and remembrance of the Lord’s name by the Gurmukh.

All the creatures got liberated from hell and the noose of death was cut.

Liberation and the technique of attaining it are the servants of the name of the Lord.

Raja Janak Travels to the Kingdom of Vaheguru

After adopting the teachings of Ashtavakar, Raja Janak Ji meditated a lot. He could control his mind such that it would never wander around or get affected by the power of Maya (illusion). As a result, he was free of all the 5 vices (lust, anger, greed, attachment, and pride).

When his last days came, he was welcomed by the gods and celestial musicians, by saints and great souls. As he was being brought on a chariot to the Kingdom of Vaheguru, the charioteer passed through hell, and Raja Janak could hear the screaming and crying of the people below. He asked the Jamdoot (Messengers of death), “What is this place?”

The Jamdoot replied, “Oh great one, this place is for those who do not commit any good deeds in the world and do not remember or meditate on Vaheguru.”

Raja Janak replied, “They should be released. They have suffered too much.”

“Everything happens within the Hukam, the will and command of Vaheguru. Even a leaf cannot move against the wish of Vaheguru. But, if someone is willing to give offer his good accounts to these souls, then they can also be liberated.”

Raja Janak felt pity on them. He said, “Weigh one Ghari (22.5 minutes) of my Simran (meditation and remembrance on Vaheguru) and give it to these souls.”

Below, we have broken down the Pehar system so it can be better understood,