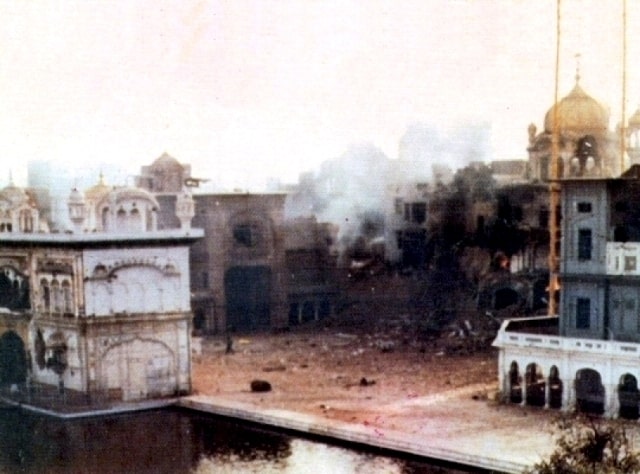 ikhs have their own distinct and divinely revealed religion and scripture. They aim for a Saintly soldier ideal, and history has shown them to be brave and freedom-loving. The Genocide that happened in 1984 had an extremely large impact on the Sikh community. This article will explain factors which led to the Genocide, events which took place at that time, and the aftermath of the genocide. This will also clear common misconceptions about what happened.

The Indian Government launches the largest military operation against its own citizens, killing over 5000+ innocent Sikhs.

THEY SAY: A Sikh country was about to be declared.

TRUTH: To protest for the Anandpur resolution, a stoppage on grain shipments out of Punjab was planned for June 3rd.

THEY SAY: It was last minute and unplanned.

THEY SAY: There were minimal casualties.

THEY SAY: It was about setting Harimandar Sahib free.

THEY SAY: Sikhi was not the target.

TRUTH: Three days after the attack, the army burnt down the Central Sikh Reference Library and priceless historical artifacts.

After Indira Gandhi’s assassination, her son and the ruling Congress party organized three days of killings of Sikhs

THEY SAY: It was a Hindu vs Sikh riot - not a genocide.

THEY SAY: It was spontaneous.

THEY SAY: The police were unable to stop it.

THEY SAY: The Army couldn’t be used.

TRUTH: Army units based near Delhi could have restored order in 12 hours, but killings continued for 3 days. They were kept in the base until 8000 Sikhs had been killed.

THEY SAY: We tried to help survivors.

THEY SAY: Sikhs should forget and move on.

Why Are They Killing Sikhs?

Why Is 1984 Not Just About Sant Jarnail Singh Ji Bhindranwale? 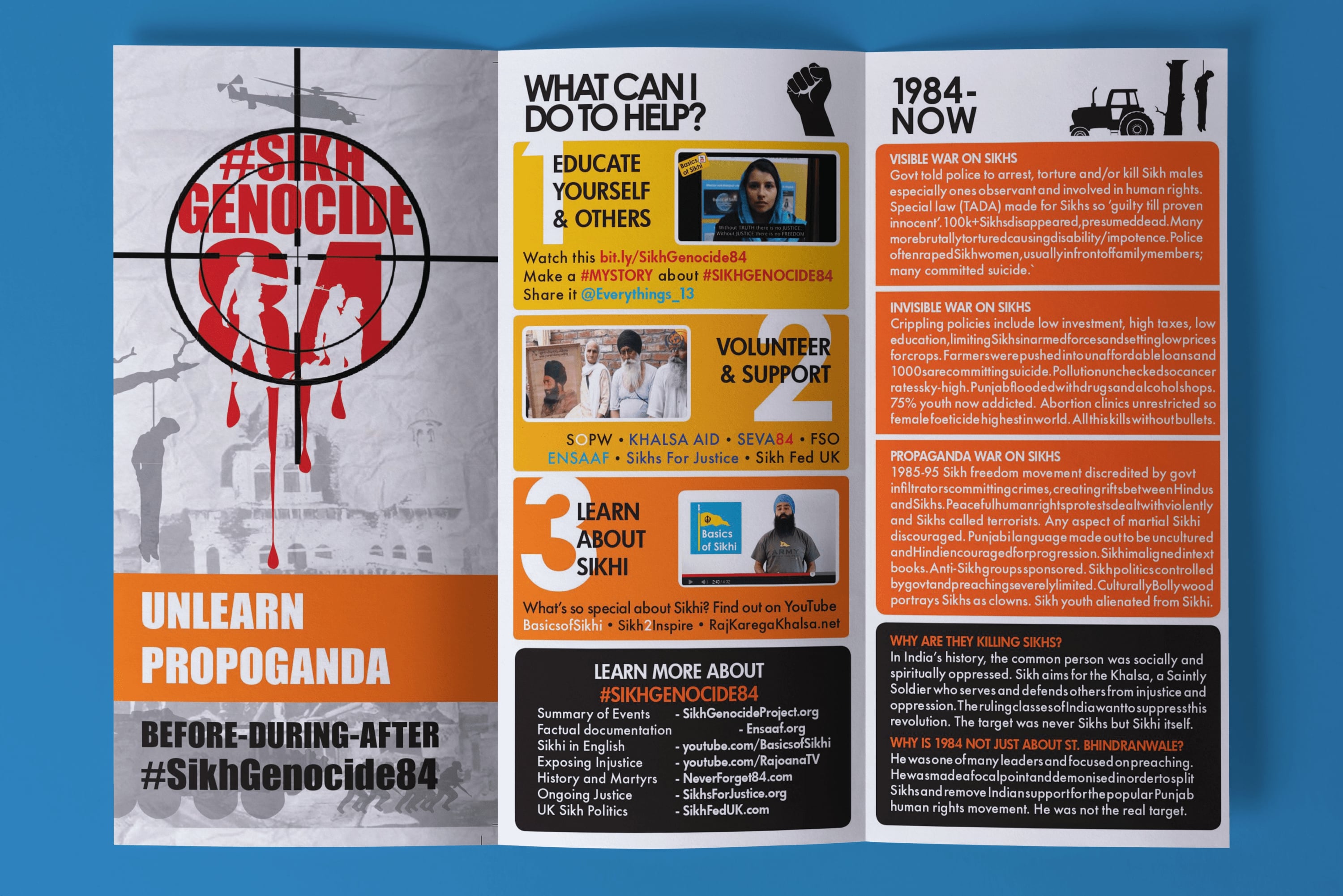 Download
‍You can also check out our other leaflets on the Downloads page.
Posted
in
History
category