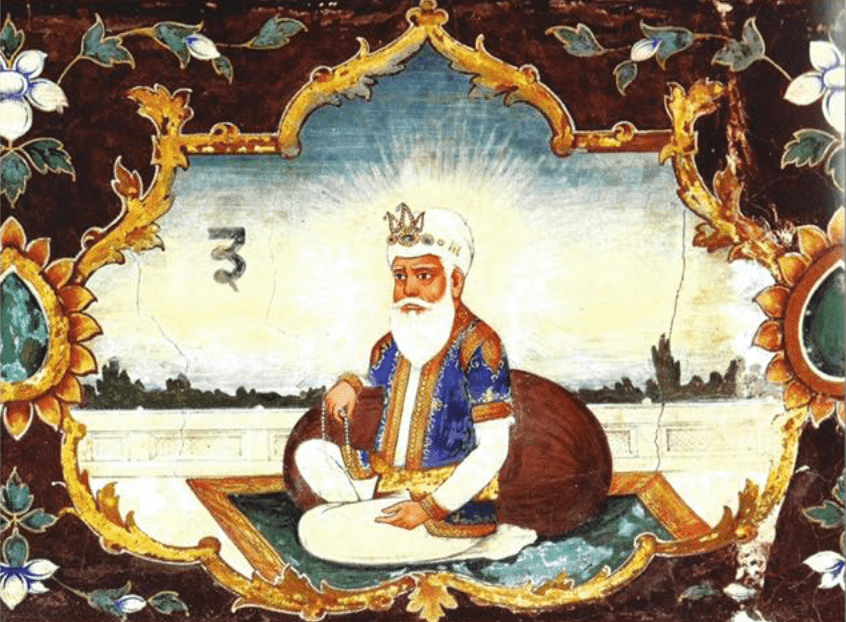 uru Amar Das Ji is the third Guru of Sikhs. In this article, we will learn about Guru Ji’s family background, their journey to becoming a Guru and what they did after becoming a Guru.

Bhai Amar Das Ji spent much of the early and middle parts of his life carrying out religious rituals of the Hindu faith. He used to recite Vedic ‘Mantras,’ donate to Brahmins, discriminate based on caste and do idolatry prayers. Much like Guru Angad Dev Ji, he felt spiritually unfilled by this. He deeply longed to have a worthy guru who could provide him with spiritual guidance.

One morning, he heard his nephew’s wife, Bibi Amro Ji, who was the daughter of Guru Angad Dev Ji, singing the Shabad (hymn):

Actions are the paper, and the mind is the ink; good and bad are both recorded upon it. As their past actions drive them, so are mortals driven. There is no end to Your Glorious Virtues, Lord.

This Shabad deeply intrigued Bhai Amar Das Ji. He asked Bibi Amro Ji to learn more about the Shabad and she shared that it was written by Guru Nanak Dev Ji, who had now passed the responsibility of leading the Sikhs to her father Guru Angad Dev Ji. Bhai Amar Das Ji eagerly went to Khadur Sahib with Bibi Amro Ji to visit Guru Angad Dev Ji. There he requested Guru Sahib to take him as a disciple.

When Bhai Amar Das Ji was 82 years 11 months 10 days, Guru Angad Dev Ji gave them the Guruship on Chet Sudi 1, 1609B ie. 1552AD at Khadur Sahib. They became the third Sikh guru. Guru Amar Das Ji had moved the Sikhi headquarters to Goindwal Sahib at the direction of Guru Angad Dev Ji where Sikh sangat gathered to have the glimpse and serve the Guru. Bhai Buddha Ji and several other Sikhs traveled with Guru Amar Das Ji to Goindwal Sahib.

On the other hand, the companions of Guru Angad Dev Ji’s son, Bhai Datu Ji taunted him that everything that was rightfully his has gone to Guru Amar das Ji. Enraged by these words, Baba Datu Ji wished to dethrone Guru Amar Das Ji. Baba Datu Ji went to Goindwal Sahib and sat on a throne without bowing to Guru Ji. This action did not impact Guru Ji who was looking radiant in the holy congregation. Seeing this, he was angered and kicked Guru Amar Das Ji till Guru Ji fell from His throne. As always, Guru Amar Das Ji stayed calm and instead started to massage Bhai Datu’s foot, concerned that Bhai Datu might be injured from the kick. Bhai Datu Ji ordered Guru Amar Das Ji to leave Goindwal. Guru Amar Das Ji went to Basarke after midnight without telling anyone. In search of the Guru, Baba Buddha Ji led the  Sikh Sangat to Basarke and begged Guru Ji to give Their glimpse to the Sangat again.

Building on Guru Nanak Dev Ji and Guru Angad Dev Ji’s efforts to educate people about Sikhi, Guru Amar Das Ji started the Manji System. Guru Ji divided the Sikh sangat into 22 Parchaar communities, called Manjis, and appointed a Gursikh to lead each one. Guru Sahib, and other Sikh leaders, traveled to these different Manjis and across India to spread Vaheguru’s message. Guru Amar Das Ji also started touring the different Hindu pilgrimages to share about the Sikh way of life. Guru Ji traveled everywhere from Kurukshetra, to Yamuna, and Haridwar. As a result of the Manji System and Guru Ji’s effort towards Parchaar, the number of Sikhs increased drastically within a few years. Guru Ji even appointed women to do Parchaar as well which was uncommon at the time.

The amount of Sikhs visiting Goindwal Sahib increased drastically. There was only one water well in the village and it was not meeting the need for all the people. So, Guru Ji got the first Sarovar (step-well with holy water) constructed. Guru Ji involved the entire Sikh sangat in construction of the Sarovar. Guru Amar Das Ji’s son-in-law Bhai Jetha Ji (who became Guru Ram Das Ji) and daughter Bibi Bhani Ji also helped to build the Sarovar.

Prior to inaugurating the Sarovar, Guru Amar Das Ji organized a Langar for everyone. Guru Amar Das Ji made it compulsory to partake food in Pangat (eating food by sitting on equal ground) if they wished to have Darshan (glimpse) of Guru Ji. Guru Amar das Ji aimed to create equality through serving Langar. Guru Amar Das Ji is famous for saying “Pehle Pangat Phir Sangat,” or “first eat in the Pangat with everyone, then sit in my congregation.”

Akbar was the Mughal ruler at the time of Guru Amar Das Ji. Guru Ji did not give Darshan (vision) to the Mughal Emperor Akbar without him eating Langar while sitting in the Pangat. Akbar was so impressed by Guru Ji that he offered land to Guru Ji. Guru Ji refused his offer. Instead, Guru Amar Das Ji requested Akbar to remove the Jazia (religious tax) on non-Muslims crossing the Yamuna and Ganga river, which were really important for Hindus.

Guru Amar Das Ji built on Guru Nanak Dev Ji’s philosophy of “Naa koi Hindu naa koi Musalman.” Guru Ji wasn’t interested in using Akbar to advance only the interest of Sikhs. To Guru Ji, everyone belonged to Vaheguru. So, Guru Ji was actively looking out for everyone.

In Indian society, the status of women and their lives had no value. The practice of Sati custom encouraged widowed women to commit suicide by jumping into her husband’s burning pyre. Guru Ji preached strongly against Sati. Guru Ji also protected the rights of female infants who were killed unquestionably for their gender.

When the Raja of Haripur came to visit Guru Ji, one of his queens refused to lift her veil. Guru Ji, standing by their values to liberate women from societal restrictions, did not meet her and instead asked her, and all women, to discard the Purdah (veil). Guru Ji helped to build women’s dignity and value in society. Many of the leaders of the different Manjis (preaching communities) Guru Ji established were also women. While religion used to be dominated by men, Guru Ji gave women a valuable seat at the table.