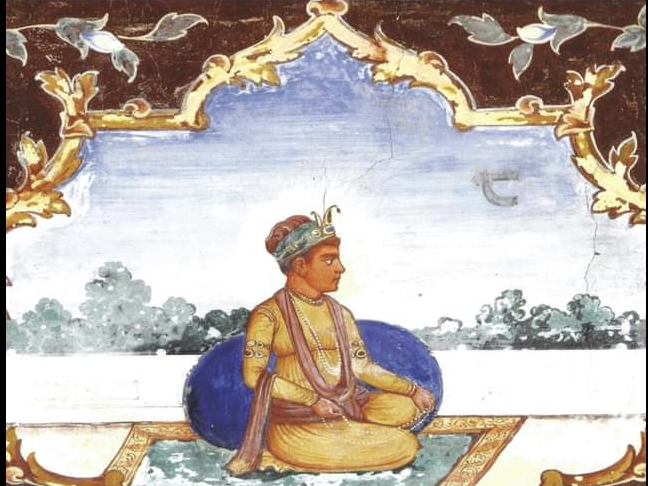 uru Har Krishan Sahib Ji is the eighth Guru of the Sikhs and they were the youngest Guru out of all the ten Gurus. In this article, we will learn about their family background and their life events.

The Mughal ruler at the time of the eighth Guru, Guru Har Krishan Ji was Aurangjeb. After the Jyoti Jot (immersing into the Eternal Light) of the Seventh Guru, Guru Har Rai Sahib Ji, Ram Rai instigated Mughal ruler Aurangzeb to force Guru Har Krishan Sahib Ji to come to Delhi. Guru Sahib reached Delhi and was greeted with honor by the Sikhs of Delhi and Raja Jai Singh, who they were staying with. This location is now known as Gurdwara Bangla Sahib. Guru Ji had come to Delhi to visit the Sangat and made it clear that they did not intend to visit Aurangzeb under any circumstances. Aurangzeb, who was surprised to hear that Guru Ji did not desire to meet him. Aurangzeb sent lots of precious jewels, clothes and a rosary to Guru Ji in the effort to change Their mind. Guru Ji, however, had no interest in worldly possessions. Guru Ji only kept the religious rosary, and returned everything else. Aurganzeb realized that Guru Ji could not be tempted with riches and material possessions.

Guru Har Rai Ji told young Guru Har Krishan Ji to never show their face to Aurangzeb, the tyrant Mughal ruler at the time. True enough, Aurangzeb tried his level best to have a glimpse of the Young Guru but failed every time. Even after Guru Sahib’s Joti Jot, when Aurangzeb demanded the Sikhs to lift the cloth on Guru Sahib’s body, the Earth beneath Aurangzeb shook open and showed the worst and scariest hell to Aurangzeb, who upon seeing this, fled to his palace. He never had a glimpse of Guru Sahib.

Guru Har Krishan Ji saved Delhi during a serious pandemic of cholera fever. Guru Ji stayed there to do the Seva (selfless service) of the ill. When everyone isolated the sick, Guru Sahib went to each and every sick person, cured and blessed them. Guru Sahib took all their pain and suffering upon themselves. Guru Ji was not concerned about potentially getting sick and simply wanted to help others. For this reason, Guru Gobind Singh Ji has written the following about Guru Har Krishan Ji.

I remember Guru Sri Har Kishan, by whose sight all the sufferings vanish.

In line with Guru Nanak Dev Ji’s teachings of equality, Guru Ji served everyone, regardless of caste, race, and socioeconomic status. In this seva, Guru Ji truly embodied the Mool Mantar teachings “Nirbhau. Nirvair” or “No fear, no enmity.” While doing seva, Guru Ji contracted smallpox. Guru Ji was confined to bed for several days and became very sick. They told the Sikhs that the next Guru would be in “Baba Bakala,” referring to the city in which Guru Tegh Bahadur Ji was living at the time. Guru Ji embraced Vaheguru’s hukam and immersed into the Eternal Light before turning eight years of age on Chet Sudi 14, 1721B, i.e. 6th April 1664 AD at the place which is now Gurdwara Bala Sahib, Delhi.

Guru Ji is also known as Bala Pritam meaning child God. Guru Ji dedicated their short life to doing Seva (selfless service) and remembering Vaheguru. Guru Ji demonstrated that one can  connect with Vaheguru even when they are young and naive.