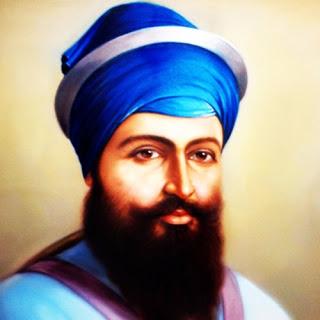 ranslated based on sub-topics, summarized and simplified

Pyara Bhai Daya Singh Ji: First Piaara of the Panj Piaare (Five Beloved), one of the closest companions of Guru Gobind Singh Ji, and the one who delivered the Zafarnama (Epistle of Victory) to Aurangzeb.

The Tenth Guru was sitting on the throne in Anandpur Sahib when Daya Singh asked, “O' King, please tell us the code of conduct upon listening, we become liberated.”

Rehit For The Kes (Unshorn Hair)

(Image via Nihung Santhya, Karad- shaped like a kitchen knife, a tiny weapon that can be kept in one's turban.)

Who Goes To Hell?

What To Do When Someone Slanders The Guru

Either cut that person's head or immediately leave that place.

Note: The Rehit mentioned above are mainly applicable to Amritdhari Sikhs who have initiated to become Sikhs and Khalsa.

The original version of Gurmukhi is attached below. A reminder that I have only summarised these five pages into subtopics, as many points above have been repeated, or some were too difficult to understand.