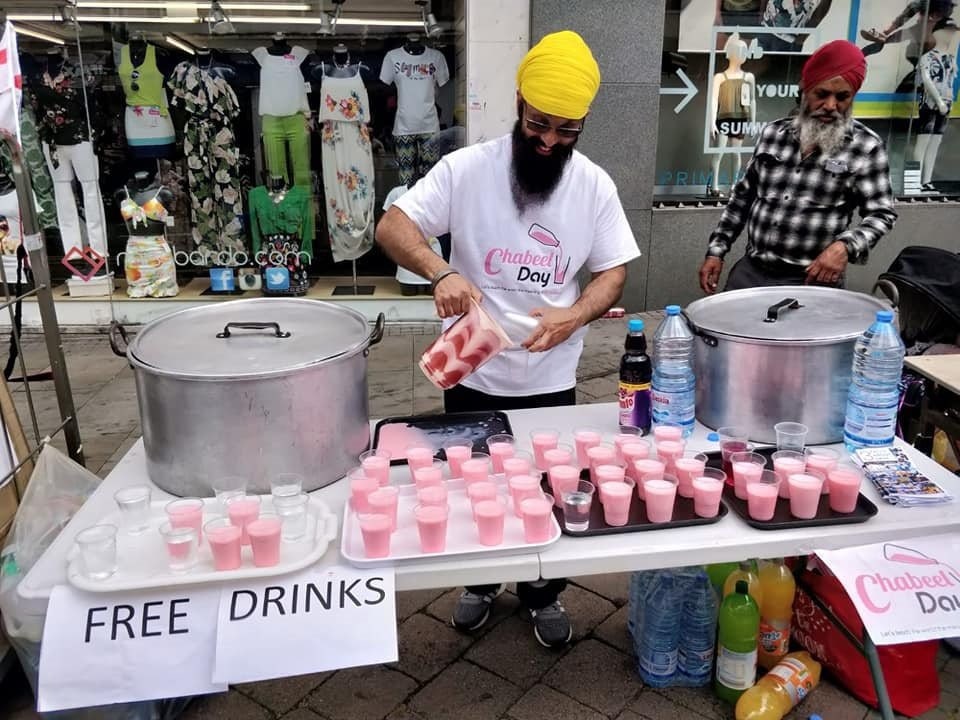 ave you ever wondered why pink drinks are served at a Gurdwara or other places around the city every year in the summer? This article discusses what Chabeel Day is and what it commemorates.

What does Chabeel Day commemorate?

Chabeel Day commemorates the Shaheedi (martyrdom) of Guru Arjan Dev Ji, the Fifth Guru of the Sikhs. In 1606, the Mughals sat Guru Arjan Dev Ji on a burning hot iron plate and poured hot sand over Guru Sahib Ji because they refused to compromise their faith and convert to Islam. Although burning alive, Guru Sahib Ji meditated and accepted God’s Will as sweet.

Why the free drinks?

Instead of mourning, Sikhs honor Guru Sahib Ji’s burning by cooling other people and staying in Chardi-Kala (high spirit). On the day, when Guru Sahib Ji was Shaheed (martyrdom) it was extremely hot. So, to remember the sacrifice of Guru Sahib Ji and the lesson of Acceptance that Guru Sahib Ji taught, Sikhs serve Chabeel.

Chabeel is a free cold sweet drink (non-alcoholic) given out in summer. Most often, a pink drink made out of milk, water, and Rooh Afza (concentrated rosewater syrup) is served.

Being eternally optimistic and turning negativity into positivity. Meditation lifts our spiritual state to Chardikala. Sikhs pray daily for the good of all beings as this is God’s Will.