What If Our Kids Don’t Want to Follow Sikhi? 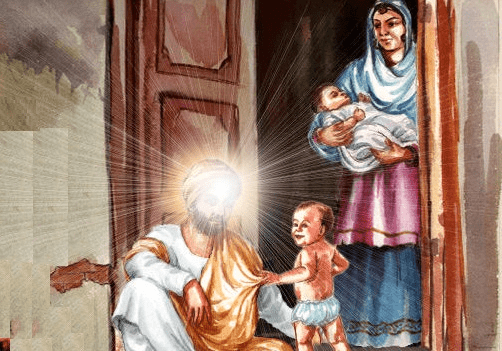 What If Our Kids Don’t Want to Follow Sikhi?

s parents, we want our children to follow Sikhi and Guru Ji’s wisdom. We want them to cherish Sikhi and get similar value and benefit from understanding Guru’s wisdom just like we did. However, kids nowadays are not attracted to these values despite their parents’ efforts. In this article, we will try to understand this situation through Guru Nanak Dev Ji’s lens and how we should respond in such a situation.

According to their own actions, some are drawn closer, and some are driven farther away.

We all say the above-stated words, but we don't understand them. Everybody comes with their own Lekha (spiritual account). Everybody comes with a bunch of Karams (actions) from their previous lives and the lives before that. As parents, our job is to do the best that we can do for the child. We can teach them about Sikhi, Gurbani (Guru’s words), Itihaas (History), etc. We should teach the kids as much as we can. Also, we should try to live those teachings in our actions as well.

But if the child does not want to follow, what can you do? Nothing. Accept it. Live in Hukam (divine law). Show the child that you can accept Hukam as well.

It is their Choice

Every Sikh parent should make the children grow up as a Sikh. Don't say to the child, "you must keep your Kes (uncut hair)". When they pass 16-17 years of age, that's their choice. But certainly, when they're growing up and until when they are adults, they must keep their Kes. If they choose to leave Sikhi, that's their choice. Even if the parents are Moneh (people with cut hair) themselves, they should keep their children’s Kes. You should keep them in the Guru's Roop (appearance) until they choose to follow or not to follow. The Guru's roop is mandatory until they become an adult and then they can choose to follow it or not. We should emphasize and tell them when they're young that we are Sikhs and all of the kids have to keep their hair, in particular on their head.

If it's because they haven't got Sangat (company), then make sure you find your kids some Sangat. Mostly, kids do not have friends that have a Gutti (hair tied in a bun) in their schools. But when they go to a place where the other twenty kids have a Gutti, they feel more comfortable. Similarly, we need to give kids Sangat when they get older. Take them to Kirtan programs and camps.

When Guru Ji does Kirpa (grace), then they make us Jap Naam (chanting Vaheguru mantra) and sing Kirtan( praises of Vaheguru). Our job is to teach our kids. But after that, let the kids develop their own Sikhi. They might go away and they might come back. As long as they know what Sikhi is, that'll be enough.