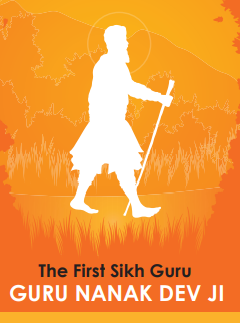 uru Nanak Dev Ji is the founder of Sikhi and the first Sikh Guru. In this article, we will discuss some of their key qualities and also take a brief look at their background.

Guru Nanak Dev Ji saw service to others as serving God. At a young age, Guru Sahib Ji was given some money by their father to start a business. However, Guru Sahib Ji chose to spend this money on feeding hungry ascetics. Guru Sahib Ji called this the true trade and started a tradition known as Langar which continues across the world today. Guru Sahib Ji taught that we should only consume once we have shared with others. The mission of a Sikh is to provide basic needs (e.g. food, shelter & freedom) to all humanity.

Guru Nanak Dev Ji challenged the injustice promoted by those in positions of power in politics, religion, and society. They denounced rituals reserved for the privileged and elite, showing that everyone can connect to the One. Guru Sahib Ji was imprisoned for condemning the tyrannical Mughal ruler Babur. Guru Sahib Ji rejected the common practice of empty rituals and instead encouraged a true and meaningful connection to the Divine through love.

The words of the Guru are divine revelation. Guru Nanak Dev Ji praised the Divine One in the form of divine poetry, which was later incorporated into Sri Guru Granth Sahib Ji (the eternal Sikh scriptural Guru). These hymns are sung according to specific musical measures known as Raag. Gurbani contains immense spiritual power and can transform lives. Guru Sahib Ji would gather people every morning and evening to sing the praises of the One. Everyone is welcomed to join in with these praises.

The singing of the Guru Sahib Ji’s words (Gurbani) invokes love for the Divine One. Guru Sahib Ji taught that we should remember the One in the hours before sunrise while the world is still asleep. Then throughout the day, this remembrance can be spread as love to humanity, cultivating the virtues of humility, compassion, and devotion within ourselves. Guru Nanak Dev Ji advocated for a simple and sustainable lifestyle rather than one based on materialistic wealth.

The light of the One is in everybody, regardless of their race, religion, gender, or sexuality. True empowerment is the connection to the One, which everybody is capable of. Those traditionally seen as inferior such as women were elevated by Guru Nanak Dev Ji. Guru Sahib Ji said that it is somebody’s thoughts, speech, and actions that count. Guru Sahib Ji rejected sumptuous food from a dishonourable king in favour of simple food prepared with love from an honest living by a humble carpenter.

Guru Sahib Ji travelled to many lands to spread the message of truth and love. They encouraged people to dissolve their ego and live a humble life. On these travels, Guru Nanak Dev Ji held discussions with various groups of spiritual people who were seeking the ultimate truth. Many of them were inspired by the teachings and actions of Guru Nanak Dev Ji and became Gursikhs (Sikhs of the Guru). One of them, Bhai Lehna Ji, became the second Guru and is known as Guru Angad Dev Ji. Through Sri Guru Granth Sahib Ji and the Khalsa Panth, the light of Guru Nanak Dev Ji still shines across the world today. 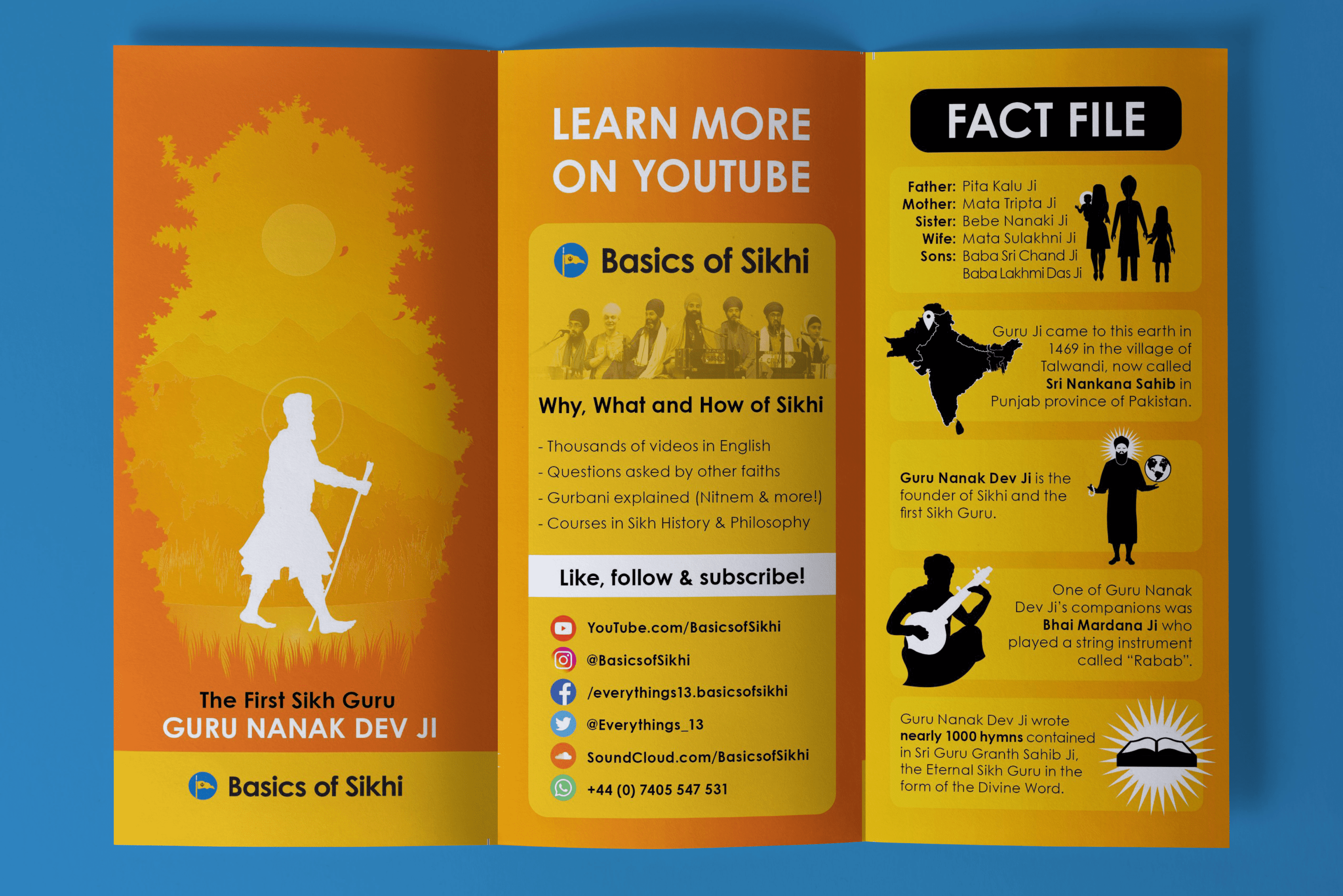