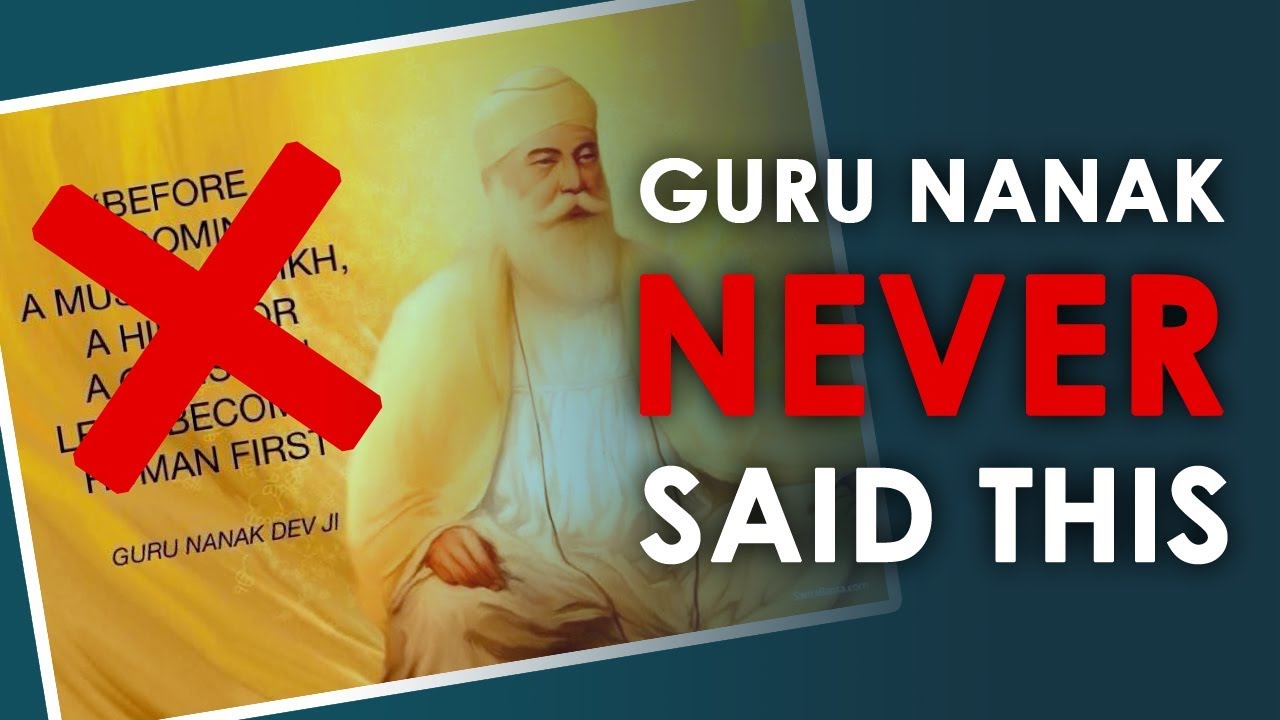 This article explores whether Guru Nanak Dev Ji said it or not.

Guru Nanak Dev Ji did not say this

It's not in Gurbani (Guru’s words) and nor is it in our history. People will sell you a version of Sikhi which is not Sikhi and you might end up buying it. Then when someone comes along and says, "Actually, we are a preaching faith. We are supposed to spread". You might think that sounds crazy, thinking that's not the Sikhi that you've been raised with.

But I invite you all to challenge yourself not to accept any version of Sikhi unless it's sourced from Gurbani or Itihaas (History). This reprogramming is going to have to be done quickly. Things like Morche (protests) in downtowns and shouting out Naare (slogans or war cries), maybe it is not Sikhi either and maybe it is not in our history either. Petitions to the UN maybe aren't a part of our history, part of Gurbani or part of how the Guru would deal with something. You're going to get told that this is what you've got to do. Maybe voting is not a part of Sikhi. Maybe we shouldn't have a voting system in Sikhi. You're going to have to dig deep down and work hard to figure out what Sikhi is and what is actually the Guru's way. That's not going to be told to you easily. You're going to have to struggle hard to find what Guru Ji would do in this case.