The Importance Of Doing Rehraas Sahib 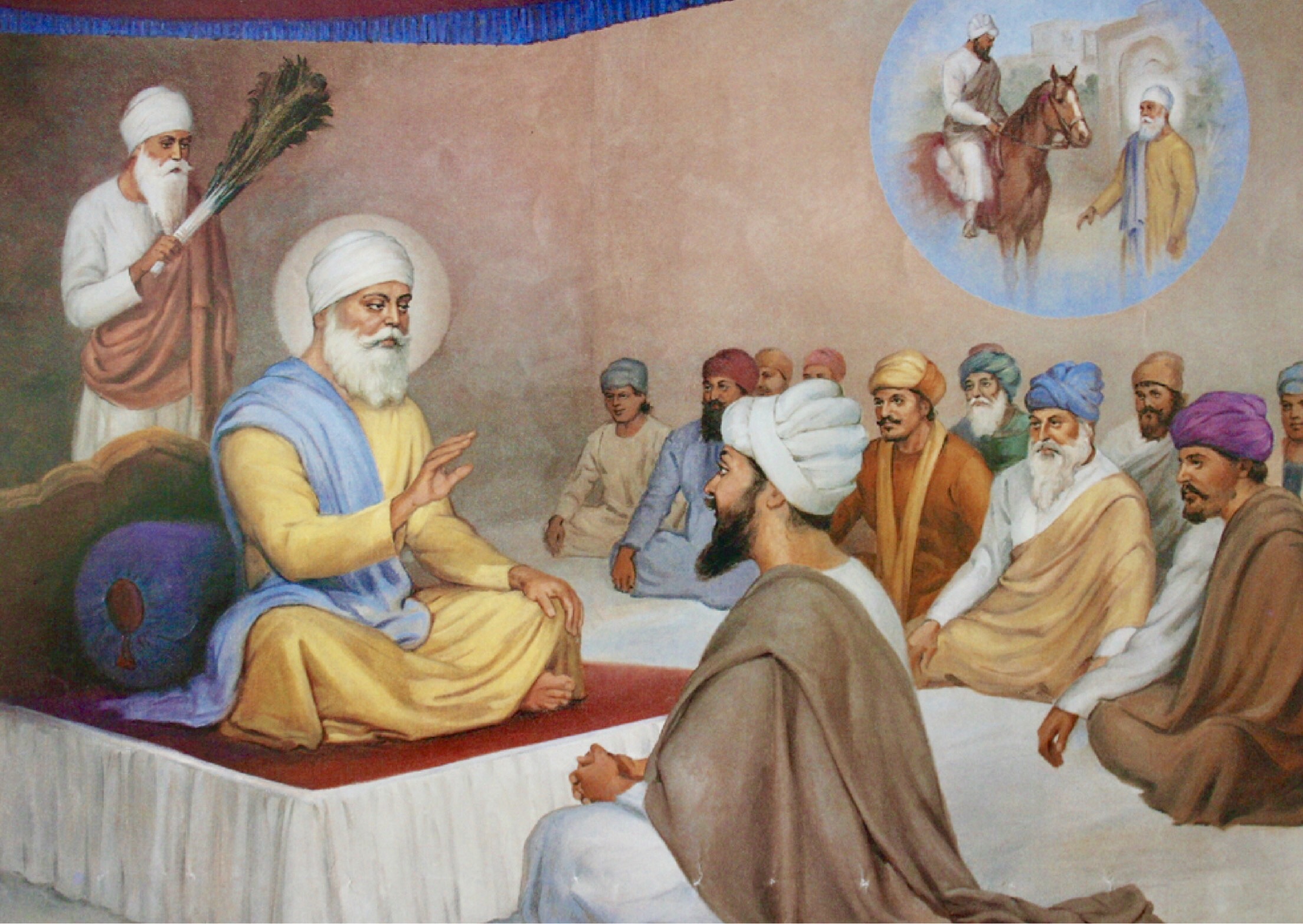 The Importance Of Doing Rehraas Sahib

When Guru Angad Dev Ji was doing Seva (Selfless Service) of Guru Nanak Dev Ji at the banks of Ravi River in Kartarpur Sahib, Guru Angad Dev Ji asked Guru Sahib a profound question. They asked, “Guru Ji, please bless me. I would like to meet those who have reached the state of Sunn-Samaadh (Meditative State of mind without thought).” Guru Nanak Dev Ji replied, “O' blessed soul, close your eyes.”

When Guru Angad Dev Ji closed his eyes, he reached another dimension and place. As he began walking around, he approached someone and asked, “Is this the place of the Sunn-Samaadhs?” The person replied, “It is way ahead; keep walking.” Guru Angad Dev Ji realized that the person and others with him had blackened faces. Guru Sahib kept walking until he met another group of people. He saw that these people had heads of pigs on their bodies. Guru Sahib asked them, and they too said that the place is further down. Guru Sahib kept walking, and this time he saw a group of people. Their heads were turned around 180 degrees. He kept walking until he met another group of people, this time the people had nails in their necks. Guru Sahib asked them, “Where are the Sunn-Samaadhs?” They, too, replied that it's further down the road. Guru Sahib kept walking ahead until he saw a group of beautiful girls eating the flesh of men hung upside down. The men were screaming in pain. The girls also told Guru Sahib to keep walking ahead to his destination.

Guru Angad Dev Ji Meets The Sunn-Samaadhs
Guru Angad Dev Ji walked until he reached a place where there was no one. It was already dusk, the sun was setting, and it was time for the evening prayers. After 48 minutes, he saw a group of people descending from Dev-Lok (the world of the gods and goddesses). They all sat and had their meals, Guru Sahib ate with them. After having their dinner, Guru Sahib asked, “Is this the place of the Sunn-Samaadhs?” They replied, “Yes, but we do not have to explain anything. Come here, place your ear near to our body, and hear for yourself.” Guru Sahib did so and heard that from within every limb, every part, every piece of hair, the Simran of "Vaheguru, Vaheguru" could be heard. Guru Sahib knew then that this is the state of the Sunn-Samaadhi.

Guru Sahib then asked, “What about those people whom I met before coming here? They looked peculiar. Some had blackened faces, and some had heads of pigs instead of normal humans!” They then explained. “Those, who in difficult times, did Ardaas (humble request) and made promises in the Sangat (congregation) to solve their problems, but upon their problems being solved, did not fulfill the promises they made to Guru Sahib Ji, their faces are blackened. Those with the pig heads are such people, who did not do any charity work, indulged in gossip, and did not surrender themselves to the Guru.”

Guru Angad Dev Ji then asked, “What about those with their heads turned around 180 degrees? And those who had nails in their necks? What did they do?” They responded,

In the human world, they became rich because of their good actions, but did not give to the needy. If a beggar asks for something, and they turn their faces,  they suffer the consequence of their heads being turned around 180 degrees. Those with nails in their necks never went to the Gurdwara (Guru’s Door/Sikh Place of Worship) or into Sangat. They never lived in humility and were always proud. Hence, such is their suffering.

Guru Angad Dev Ji asked, “What about those who the beautiful girls were eating?” The Sunn-Samaadhs said, “Those people in the human world were the men who took money or wealth from their sisters and daughters, or lived off of their daughters/sisters wealth. Revenge is taken upon them by having their flesh eaten alive.”

Greatness of Rehraas Sahib
Guru Sahib then asked, “Where were you till dusk? Where have you come from?” They replied,

We have done a lot of good in our lives and even spend our life in Remembrance of Naam (Simran), but we never went to the Gurdwara during the time for Rehraas Sahib (Evening daily Sikh Prayer) or did Rehraas Sahib ourselves. Because of this, now, the whole day, we are allowed to spend our time in the Darbaar (Court) of Vaheguru, having glimpses of Vaheguru, but during Rehraas time, we are thrown out of Sachkhand (the Realm of Truth) for one pehar (3 hours). For those 3 hours, we cannot have darshan of Vaheguru.

Upon seeing all this, Guru Angad Dev Ji opened their eyes and had the blessed vision of Guru Nanak Dev Ji. Guru Sahib Ji explained that Rehraas Sahib is as essential as Amrit Vela (Ambrosial hours before dawn). During these two periods, our attendance is taken into account even in Sachkhand.