What is a Kirpan? 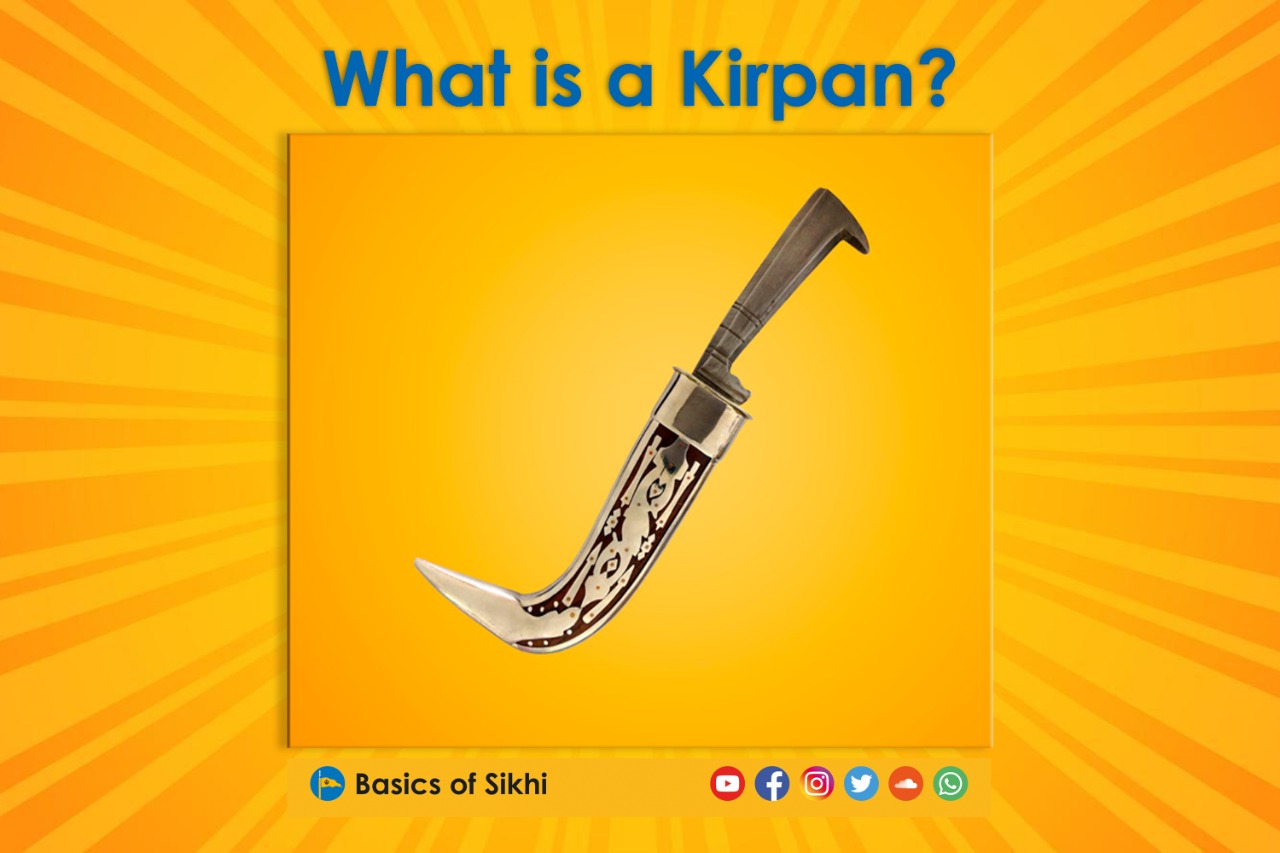 What is a Kirpan?

he Kirpan is part of the Panj Kakkar (5 Ks) uniform that all initiated Sikhs are required to wear. Pronounced ‘kir-paan’. The word ‘Kirpan’ translates to ‘Mercy (kirpa) & Honour (aan)’. It is carried by all initiated Sikhs and represents a solemn obligation to uphold the safety of humankind. Initiated Sikhs are expected to be Saint-Soldiers, embodying spiritual qualities while battling injustices in the world. To call the Kirpan a knife or dagger is seen as inappropriate.

Sikhs have been fighting religious fundamentalism, terrorism and state-led oppression since Sikhi was first practiced.

In April 1699, the 10th Sikh Guru established an initiation ceremony where Sikhs, who were willing to sacrifice their lives, were bestowed with the gifts of being ambassadors of compassion, justice, courage and tolerance. Initiated Sikhs were then considered to be part of the Khalsa army.

The Guru gifted the Khalsa sovereignty by declaring they are of equal status to The Guru. This is akin to the Queen giving the crown to each committed devotee. Hence, every initiated Sikh is considered part of Guru’s royal family.

The 300+ year old initiation ceremony continues unaltered today, carried out by 5 Khalsas who represent the Guru. The initiation is carried out in the presence of the Sikh scriptural Guru where Sikhs (male or female) pledge to live a lifestyle of the Khalsa, as per Guru’s teachings.

Once initiated they are given a distinct uniform so that wherever the Khalsa may be, they are easily recognised - just like the police who are easily spotted in their uniform. An initiated Sikh (Khalsa) is taught that all other means must be exhausted before the Kirpan is considered. It is only to be used for the protection of those in need.

How do I get one?

To carry a Kirpan you must be initiated into the Khalsa and agree to the rules set. These include: not cutting your hair, never consuming intoxicants including alcohol and drugs, not having extra-marital affairs and not consuming ritually slaughtered meat. 5 compulsory items of the uniform are: Kes (uncut hair), Kanga (wooden comb), Kara (iron bangle), Kashera (long shorts) and the Kirpan. Khalsas should visit the Gurdwara regularly, partake in selfless service, meditation and complete prayers throughout the day. The Khalsa was created to fight oppression, uphold freedom and ensure access to basic needs for all people, so one must strive to encompass these qualities.

What about the law?

It’s legal under the Criminal Justice Act 1988 (section 139/5/b) and Offensive Weapons Act 1996 (sections 3 & 4) for a Sikh to carry a Kirpan for religious reasons. The Criminal Justice Act 1988 safeguards the rights of Sikhs who carry a Kirpan, which is a necessary part of their religion. ‘Examples of good reasons to carry a knife or weapon in public can include [...] if it’ll be used for theatre, film, television, historical reenactment or religious purposes, for example the kirpan some Sikhs carry’ - POLICE.UK and GOV.UK

Can you wear a Kirpan during travel in UK?

‘The carriage of such items is allowed, although if the length of one exceeds specified restrictions (6cm) its carriage will be subject to operator’s consent.’ - Department for Transport.

‘The carriage of blades including Kirpans and knives less than 6cm is at the discretion of the airport manager.’ - Channel Tunnel.

‘The carriage of such items is allowed, although if the length of one exceeds specified restrictions, its carriage will be subject to the operator’s consent.’ - GOV.UK.

Does size, shape or quantity matter?

No. Kirpans come in a variety of shapes and sizes. Sikhs have their own specific martial arts (Shastar Vidiya and Gatka) which focus on handling various types of arms and will often include larger Kirpans.

But can’t someone else easily take it?

It is extremely difficult to take a Kirpan from a Khalsa as it is often kept out of sight e.g. under the clothes in a sheath on a shoulder belt called a gatra. The gatra has a specific safety strap to prevent the Kirpan ever being drawn suddenly and forcefully. It would be much easier for someone to take a knife from a restaurant or scissors from an office/school. Since all Khalsas live a Saint-Soldier lifestyle, they are expected to have adequate training in handling this kind of situation.

What Age Should One Take Amrit?